Another One Bites The Dust! Another Victory! 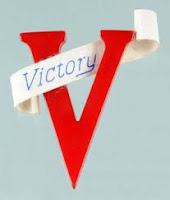 George will like this ... it's from the very same airport where George began his battle and won. Well, now we can report another victory! We received this today!
"Hi Guys,
I could not have acheived this without you. Attched is a redacted copy of the letter I received this morning.
I have been pursuing the UKBassholes for 6 month and went through the full FOI request and SAR.
Got all the stuff they had on me and they had nothing. The customs officer had filled in the 100A notebook wrong. The reasons for seizure were given at the end of the notebook AFTER my signature. (YES I WAS STUPID ENOUGH TO SIGN IT!)
When I had all of the law in front of me which I obtained from your site, I then pestered the STAZI every week. My appeal was refused. I appealed again and was refused. I phoned every week and always got some MAFIOSA who could not tell me anything. 'After being told, 'You'll have your day in court' , I pursued them every day almost on the phone asking them to hurry up. I want my day in court. The attached letter from them is the result.
I almost feel like wanting 'my day in court' but can't be bothered with the hassle. Spent enough time.
FYI. 3200 Mayfair superkings and 2.95KG hrt.
Was jumping around the house this morning.
Thanxs for your help guys. Keep up the good work.
You can publish any of this if you want.
Kind regards and phone numbers below.
***** "
Well done from all at N2D. Excellent Result! Kudos 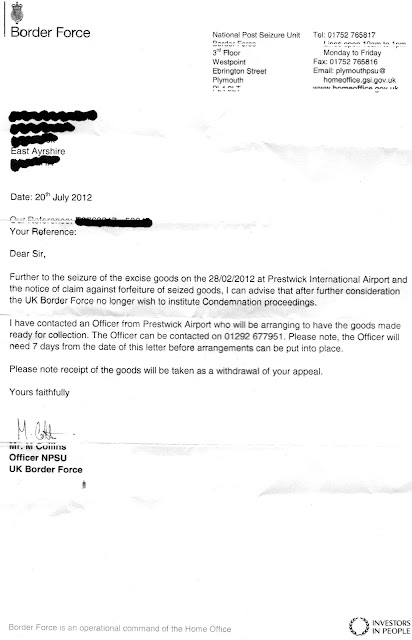