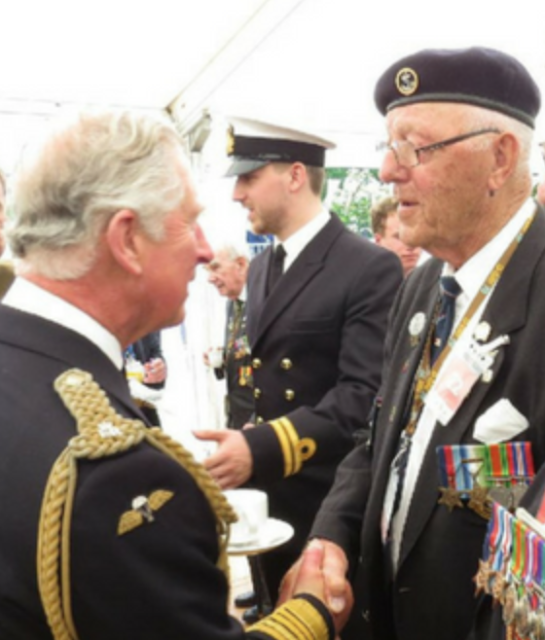 Posted by Smoking Hot at 15:29 4 comments: Links to this post 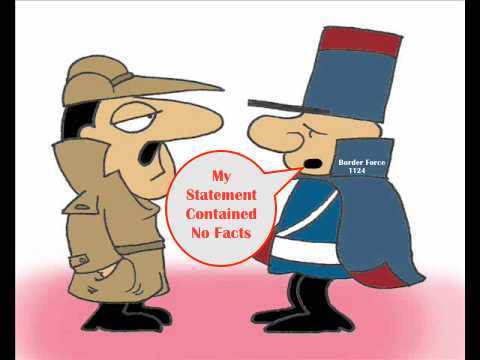 As you most of you readers will know, I don't post much nowadays as I thought our work was done here. The N2D Forum is still very active but I no longer run it ... very capable members have taken the reins and are doing excellent work.

I've just received documents that have named Nothing 2 Declare in a civil court case (Condemnation Proceedings) brought by Border Force against a European tobacco leaf importer. lt states that a Robert Ibbotson is involved in my website???

WTF?  Border Force really are akin to Inspector Clouseau but not reached even his level of competence. You'd have thought that the Border Force Officer (Jessica Ibbotson) who named us would've at least wrote to me to check her facts but no, she didn't. Not unexpected in all honesty, from experience we expect this sort of thing as the norm nowadays. lt did cross my mind that seeing the surnames were the same that it was some sort of family dispute :)

So, l've wrote to the lawyer dealing with this case at Border Force Cash and Condemnation Legal team. This seems to be her Linkedin profile.


l have received documented evidence in your case Director of Border Force v Leszek Marcin Siemiatkowski. Your witness, Jessica Ibbotson of Revenue Fraud Detection Team in Dover, falsely states that Robert Ibbotson is involved in my website Nothing 2 Declare. By doing so she is falsely implicating me in whatever Robert Ibbotson is accused of.

l am not shocked by her statement as l am used to such unsubstantiated supposed evidence from Border Force in the years l have run the website. l have on record lies and downright perjury in court from Border Force. However, l do demand a full retraction from Jessica Ibbotson regarding Robert Ibbotson's involvement with the Nothing 2 Declare website.

For your information, Nothing 2 Declare ran from 1/06/2010 and its last post was 14/12/2015. Posts were very few in 2015 as l'd achieved all l thought l could in regards to Cross Border Shopping and any discussion on this subject passed to the N2D Forum. Even this forum, which l set up, l have very little to do with and is now run by its members.

Robert Ibbotson has NEVER been involved in Nothing 2 Declare or N2D Forum. There may be a comment from him in the comments somewhere but l have no recollection of any and even if they were, the sites are open to public comments. Seeing as Nothing 2 Declare still averages 1000 visits per day and has over 3 Million page views, the comments run into 1000's.

As l said, l only do very little posting nowadays. l only post when something piques my interest. One subject did but only slightly and that was about leaf. Perhaps this came to Jessica's attention (Border Force, HMRC and Solicitors at the Treasury do monitor the site) and she thought she'd tarnish our good standing? Well, this has certainly piqued my interest and l shall now be posting, with her as the subject.

lt amazes me that Jessica's gossip is allowed to be put forward as factual evidence.

I signed it 'SH' because as some of you know, Border Force have taken to signing their letters 'Officer'.

I intend to really look into this case now. Given how they've tried to implicate this site l fully expect their case to be like a sieve. Certainly has piqued my interest in the tobacco leaf trade.  Interesting Times

Can't find any details of this case so far. Was supposedly in Nov 2016.

It's worth noting here the comments made by judges on a certain Border Force Officer :-


"In the eyes of the Tribunal the review letter contained several preconceptions, prejudgments and non-sequiturs"

"the absurdity of this reason is demonstrated by simply stating it""We therefore find that Mr Sked misdirected himself as to the Policy in carrying out the review and his decision is therefore one that no reasonable review officer could have arrived at."... commonly known here at N2D as 'Skeds' ... that is to say these are Judges comments regarding UKBA Review Officer Ian Sked's reasoning.

Mr Sked may now have competition :)
Posted by Smoking Hot at 01:27 26 comments: Links to this post 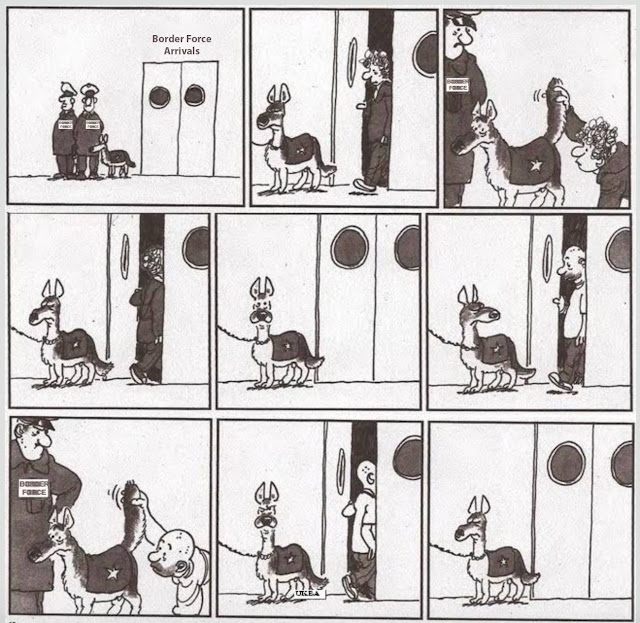 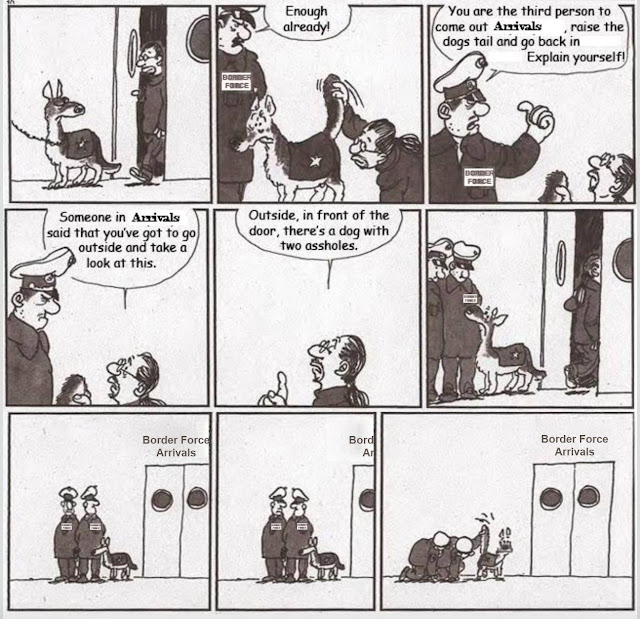 Been a while ain't it? :) We've been travelling a lot ... l've been in the States for some time in the state of Arizona. Got myself back into motorbikes whilst l was there and have continued to do that now back in UK. Done lots of other stuff too.

We left because we felt we'd done as much as we could and the N2D Forum continues our work. It's now run by friends of ours and they still help cross-border shoppers who have problems with Border Force. We'd particularly like to thank Eezyrider along with the other Mods and regular members for doing such a fine job. They are very knowledgable about all the regs etc and the tactics of Border Force (< who are still not fit for purpose). As always ... all the advice on N2D Forum is free!

So, why are we back? Well, we still receive lots of mail but 99% is handled by the Forum. Amongst this mail has been something that has interested us. lt's not about cross-border shopping ... it's about a Border Force section that call themselves the Revenue Fraud Detection Team (RFDT for short) and abide at Freight Clearance Centre, Lord Warden Square, Western Docks, Dover, Kent.

RFDT look to have gone rogue ... with help from other departments in HMRC and our 'friends' at the National Post Seizure Unit. RFDT live in Ivory Towers and don't like any public intrusion or attention.

So, we thought it's time to do just that and let the public know what these excuses for public servants are up to. Give us a couple of days to clear the cobwebs out the office and we'll show you how they are harassing and destroying legitimate UK Companies just because they deal in raw tobacco leaf.

What crime have these companies committed? ... NONE

What evidence do RFDT have against these companies? ... NONE

OF course you'd think RFDT are abiding by their own rules and regulations ... THINK AGAIN 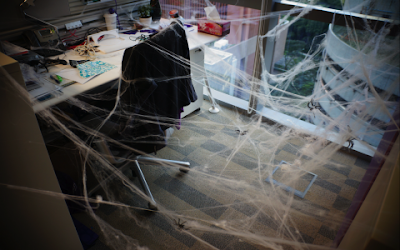 Posted by Smoking Hot at 02:20 6 comments: Links to this post 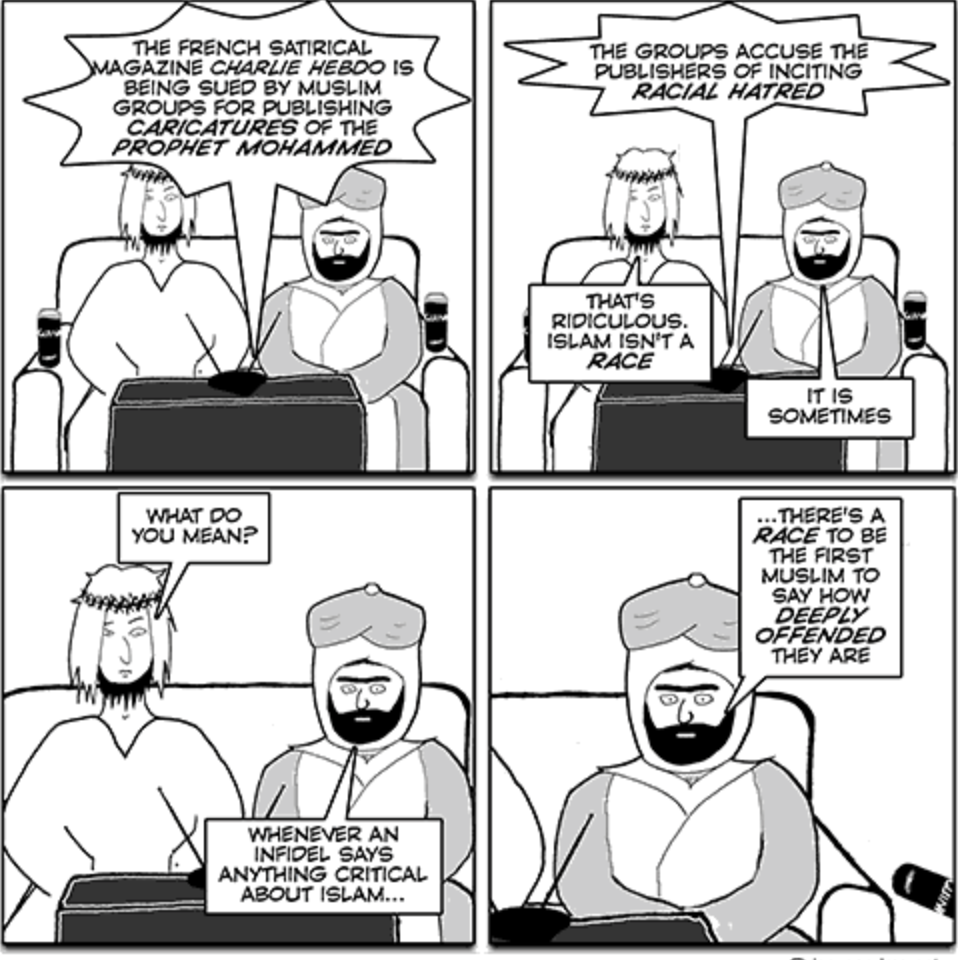 Posted by Smoking Hot at 14:12 No comments: Links to this post

Hope you guys all had a good Xmas and New Year. We've been asked to help with a new campaign. This time primarily against HMRC. So, watch this space ... it will be up in the next couple of days.

In the meantime, we say this :- 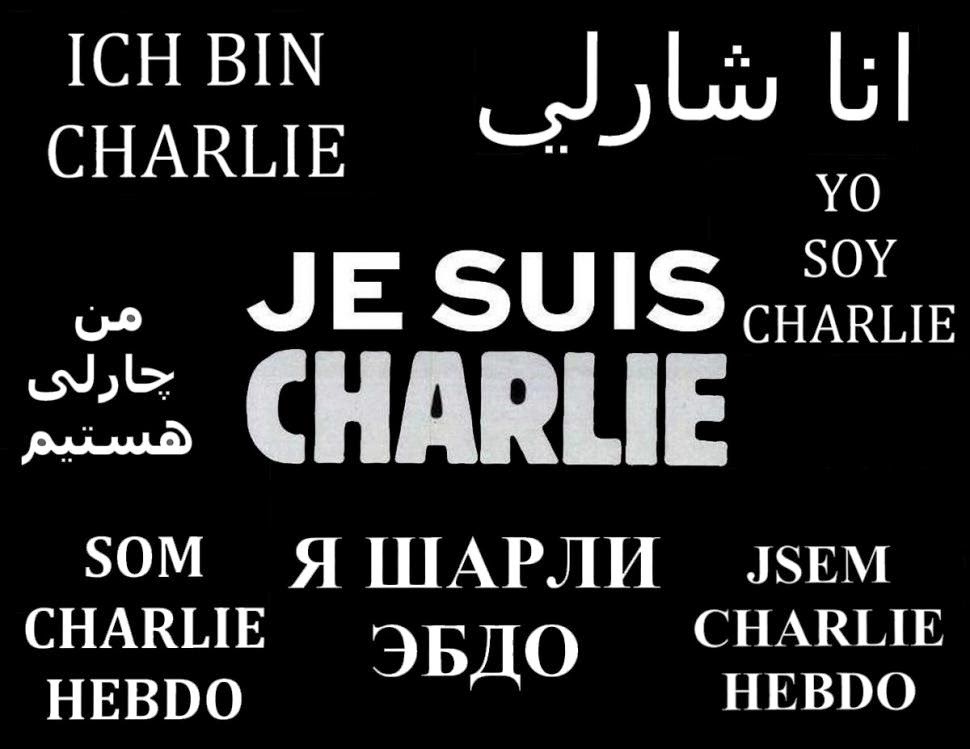 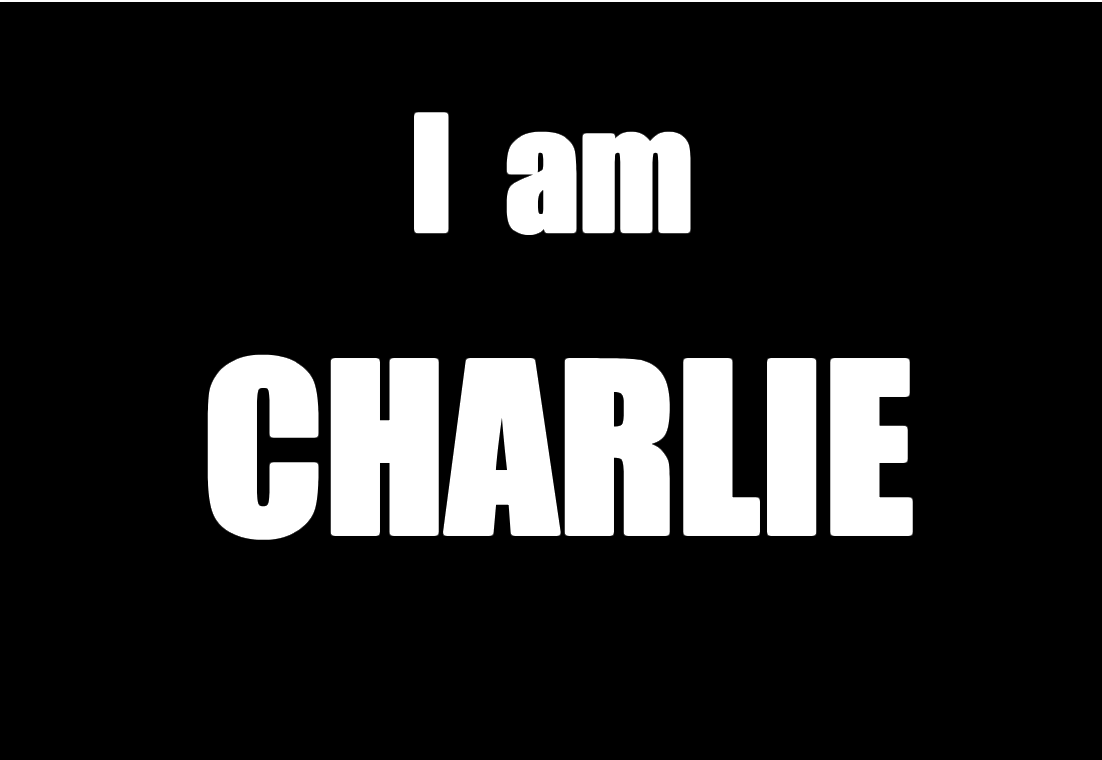 Posted by Smoking Hot at 23:38 2 comments: Links to this post

We've now retired the N2D minibus from the Hull/Zeebrugge trips. We bought her in the summer of 2011 and then fitted her out with all the mod cons ... pride of which is the sound system

. Then we added her 'colours' ... the smoking skulls (l'll add some pics later) along with various other rebel stickers such as the very large 'No Fear' stickers across the back doors. We announced to the then UKBA that we were going to do the baccy/alcohol runs from Hull to Zeebrugge. We even put up photos of our minibus on N2D website. This all was a direct challenge to UKBA (Border Force).

We've done 3 x 6 month 2 for 1 seasons along with a Eurotunnel trip. How many trips there have been in total is something l'd have to look up but needles to say ... there have been many. Our final trip ended today. Our passengers in all our trips have disregarded the guidelines with very few exceptions. The N2D minibus record is as follows :-

She has never been stopped and searched despite Border Force (UKBA) knowing her identity and for what purpose she was making the trips! Even today whilst waiting in line for passport control, the officers walking down the line looking in peoples vehicles avoided N2D minibus!

Further to this, not one of N2D's minibus many many passengers have had anything seized (passengers must disembark as foot passengers). Too be fair, we've abused the foot passenger ruling on numerous occassions too ...  with everbody disembarking with the minibus.

So, thanks to each and everyone of you who travelled with us at one time or another. You chose to stand up and counted and should be proud of yourselves. The N2D minibus was proud to have you but with that she is now retiring from active service ... with her honour intact!

We may see you ourselves on future trips but if we don't ... thanks, it's been fun!

lt was also fun when taking such as the Normandy Veterans, Submariners etc to many functions within the UK. We did this at cost to give something back to the ex-servicemen. l have to say that the Submariners are the craziest bunch l've ever come across ... and most of them are in their 70's and 80's.

There's also been trips top Rock Concerts, Rugby matches, shopping days etc etc for people of our community and it's always been at cost.

lt's been one hell of a ride ... laughter, music, drinking and yes, smoking have been the core of all the trips. You can smoke on our bus ... how's that for service? :) Alas, we have to move on :(

As l say, l'll put up some pics and if you see her on your travels ... touch your forelock to her ... she deserves it!
Posted by Smoking Hot at 08:44 4 comments: Links to this post