Another Exclusive! Audio of UKBA stop and denial of entry to UK of British citizens! 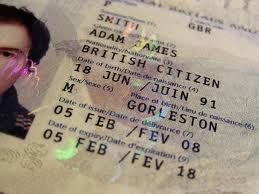 This audio is about being detained for approx 2 hrs by UKBA with help from uniformed Police. At no time was any legal justifiable reason given. ln fact during the whole 2hr episode UKBA only showed their faces for just 2 small periods of 3.32 mins and 3.26 mins. During all this time they never gave any legal justifiable reason to the 2 uniformed policemen as to why they should legally detain. This is despite the UKBA's own force. operations manual where it states:-

These policemen became very uncomfortable and unsure of the position they were put in by UKBA. Note at 20.11 in the audio the policeman says he has no idea of what he would use to carry out an arrest. At  31.04 one of the 2 policemen asks his collegaue to get the UKBA officer back.

One has to feel for them as they were being blatantly used by UKBA who had no regard for the position they had put the policemen in. As it was obvious that they were in a somewhat tricky situation, no attempt was made to make their position worse. The enemy was the UKBA so a non-aggressive approach (either verbal or otherwise) was decided upon in regards to dealing with the policemen.

Remember also that entry was denied to the UK to British citizens who had proof of citizenship and identity. This violates the 1971 Immigration Act where it states :-

"1.
General principles.
— (1) All those who are in this Act expressed to have the right of abode in the United Kingdom shall be free to live in, and to come and go into and from, the United Kingdom without let or hindrance except such as may be required under and in accordance with this Act to enable their right to be established or as may be otherwise lawfully imposed on any person.

(a)
he is a British citizen; or"
One should also note that the UKBA officer asked to look into the baggage despite still detaining British citizens and not yet allowing them entry into the UK and consequent baggage retrieval area where once passengers have collected their baggage and then make the decision through which Customs channel to proceed. The baggage was later brought into the no-mans area at approx 30.40 in the audio but ofcourse not yet through any Customs channels.
Note refusal of a glass of water!
The Recording
Done the best l can do with it. lt starts very scratchy but that disappears quickly. You have to remember that these recordings are done in an hostile enviroment and the recorders are hidden. We will get better so please give us some slack. For those not that interested in the general but still very relevant content, the UKBA officer is at 9.53 and the ending is at 31.22. An amazing ending if l may say so myself.
The whole recording has been edited down from 2hrs to 34.48 mins. The 2 silent periods are to break the recording down to 3 distinct parts.
Finally, there are written complaints that have been delivered to UKBA, Police and the Airport regarding this incident that are on going. Oh, and l haven't forgot about Part 3 of the previous recording. lt's just that this one is much more interesting. Part 3 of the other is an audio account of the UKBA interrogation and is very long ... hence lots of work.